English-Greek Dictionary A Vocabulary Of The Attic Language

English-Greek Dictionary A Vocabulary Of The Attic Language

Reviewer: John R Dobson - favoritefavoritefavoritefavoritefavorite - July 14, 2019
Subject: Actually, The Dictionary Is Really Cool!
I'm a big fan of Flavius Josephus ("Josephus" - 1st Century Jewish - actually, Hebraic) historian. The dictionary provided on this page (I'm using the PDF) is excellent for locating the Greek terminology for English terms used by contemporary (to me - 2019 A.D. - or C.E.) writers to see if their terminology is actually accurate/correct. Henry Saint John Thackeray comes immediately to mind. It appears that he took many liberties in "translating (actually "interpreting") Josephus, which is unfortunate. It appears that some Jewish apologists have cited Thackeray's work, rather than the work of William Whiston in trying to establish their credibility. I have found that the ability to move between the English and the Koine Greek (Josphus was not, necessarily, an Attic Greek "purist"). Nonetheless, the roots of the words are the same. It takes work, but you can get there, eventually.

Thanks for providing an invaluable document!

P.S. - Searching for Koine or Attic (Polytonic) Greek in a PDF is REALLY sketchy. To paraphrase the automotive manufacturers regarding vehicular MPG - Your results WILL vary!
Reviewer: Aunt Ellen - favorite - May 27, 2016
Subject: Who thought an OCR could do this book?
Absolutely unusable. 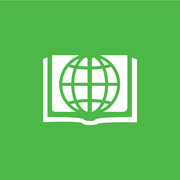